Learn the science behind what gives the Blue Lagoon its color!

Have you ever wondered what makes the Blue Lagoon so blue? The Blue Lagoon is blue because of the way silica, the lagoon’s iconic and most abundant element reflects visible light when suspended in water.

Visible light is the spectrum of electromagnetic energy that can be perceived by the human eye. It moves at 300,000 meters per second in waves that are approximately the size of a pinhead. Further, the entire color spectrum of visible light is encompassed by white light. 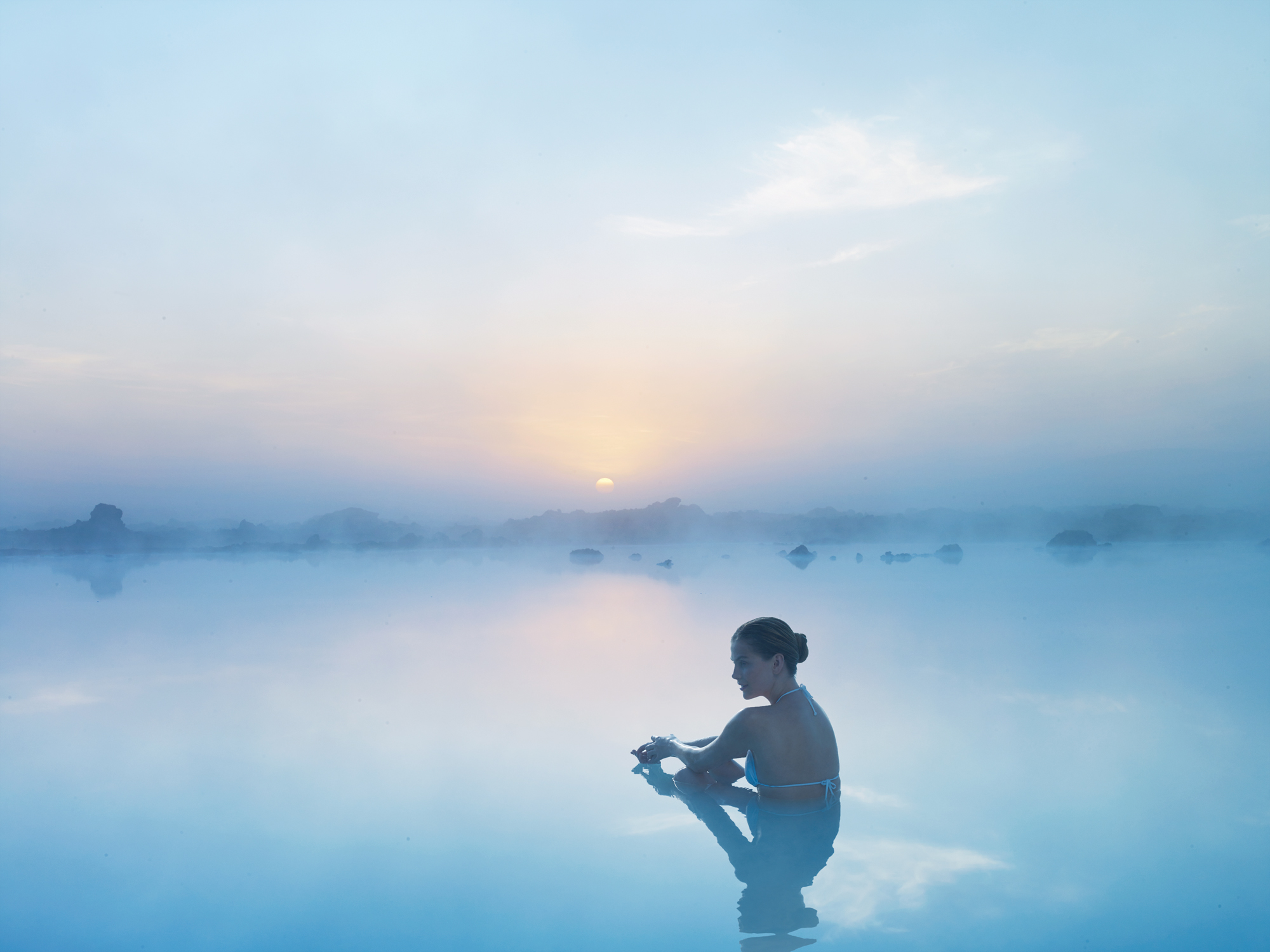 When visible light encounters matter, its behavior is dependent on the wavelength of the light and the molecular structure of the matter. In general, the various wavelengths are either absorbed or reflected. The reflected colors are what we see. The absorbed colors are invisible. When sunlight strikes a molecule of silica, blue is the only color that is reflected.

The silica in the lagoon is a mineral compound consisting of silicon and oxygen with the chemical signature SiO². When this bioactive mineral is suspended in water, it reflects only the blue wavelengths of visible light. The rest of the colors are absorbed, and the Blue Lagoon reveals its beautiful blue color.