Icelandic waters are teeming with whales of all shapes and sizes.

There are a few things that Icelanders do not think about too much, but travelers to Iceland cannot get enough! These include northern lights, waterfalls, and whales!

Like the travelers who flock to see them, whales tend to visit Icelandic waters from May through September.

These are the months when the waters are teeming with the prey that a wide variety of whales eat. Over 23 species of whales are found in Icelandic waters—a significant amount considering there are 80 to 90 species found worldwide. Some travel thousands of kilometers to gorge themselves in the rich waters where the Gulf Stream current meets the cold waters of the North Atlantic. 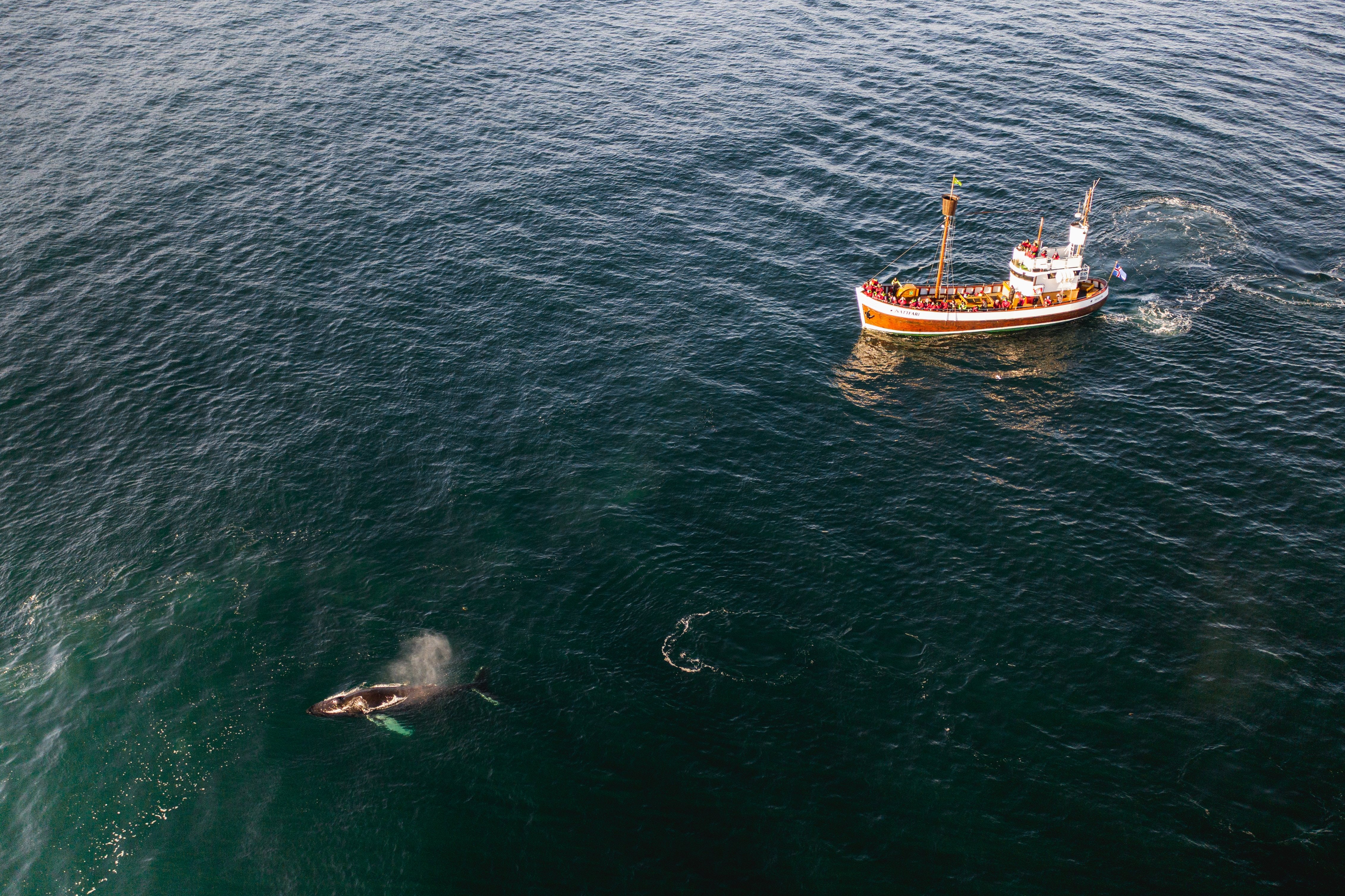 Whales are divided into two groups: toothed and baleen (filter-feeding) whales. Toothed whales, such as dolphins and killer whales, represent 90% of species, while the larger baleen whales, including the whale watching superstar the humpback and the giant blue whale, represent 10%. Some people find it hard to imagine, but all whales are mammals and have live births and provide milk for their young. Depending on the species, whales gestate from 10 to 18 months. Some are even born with hair that they quickly lose—an evolutionary holdover from their mammalian move from land to water!

The whales in Icelandic waters run from one of the smallest, the harbor porpoise, to the largest animal ever to evolve, the blue whale. Minke and humpback whales are sighted most commonly on whale watch tours and tend to feed closer to shorelines and in fjords. Many species are rare to see and are typically spotted far offshore, such as the sperm whale, the deep-diving Cuvier's beaked whale, and the North Atlantic right whale, of which there are sadly fewer than 400 left.

While the whales seen in Icelandic waters are generally passing through, there is much that we can still learn from them. Icelandic researchers monitor their diet, the impact of environmental changes in warming currents and plastics in the water column, and even tagging them with GPS to follow their migration patterns. Here are some unbelievable facts about a few of the whales found in Iceland:

Entire books have been written about these remarkable animals. What is clear is that the more we learn about each of these species, we realize how little we do know. When viewed from the deck of a tour boat, whales amaze and charm us. However, the more we research and study them, we realize that they thrive and perceive the world so differently than us. It is up to us to minimize our impact on them and their environment as much as possible.