Skiing off the beaten path since 1935

Between March 31st and April 2nd, the Fossavatn Ski Marathon (Fossavatnsgangan in Icelandic) will take place in the Westfjords. The annual ski race was first held in Isafjordur in 1935 and is the oldest and biggest cross-country skiing festival in Iceland.

The early racetrack was 18 km (11 miles long), a standard length for international and Olympic cross country ski races at the time. Unlike today’s cross country skiing races, overcrowded tracks and throngs of spectators were not a problem in Fossvatn’s early days! Only seven skiers showed up for the inaugural race. All quite understandable, considering just getting to the starting line was no easy feat. Fossavatn Lake, the ski marathon’s namesake and the starting point, is situated 321 m (1050 feet) above sea level and was not easily accessible back in the day.

With no road access to take you there directly, the seven racing adventurers had to endure a 300 m hike up the mountainside with all their equipment. Participants had to decide how to get to the starting line for the first couple of years. They could either make the hour-long hike or drive up a rough mountain road to the race’s halfway point and then “backtrack” ski 10 km (6 miles) to the starting line. Today, skiers would probably find this an odd location for a ski race: halfway up a mountain in Iceland’s Westfjords, with no facilities, shelter, and its only “infrastructure” was a huge boulder and an old flagpole. 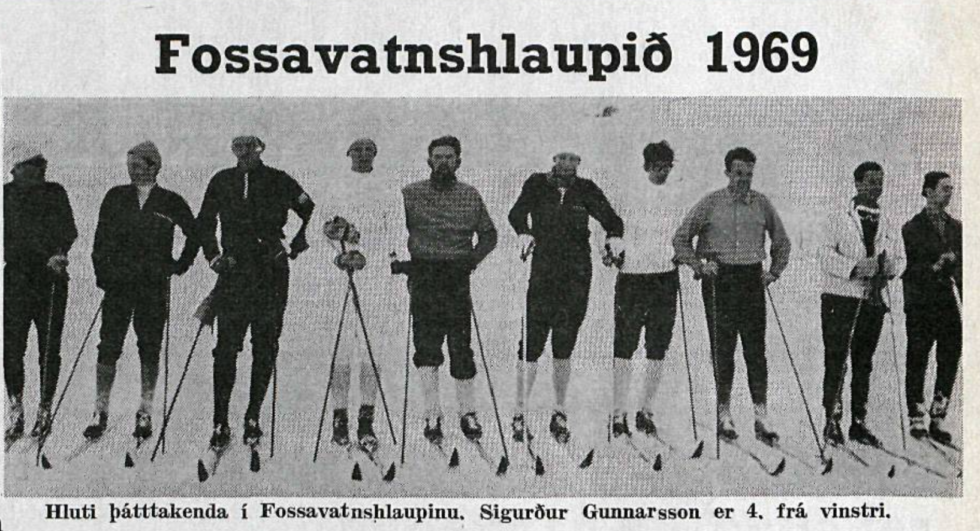 During Fossavatn’s early years, the racing times were often unbelievably fast. World-class fast! Either the Icelanders were extremely gifted skiers, strong winds were always at their backs, or there was some suspicious race behavior. The official times for many of the young Icelanders competing in their first 18 km race were not too far off from current world records. Some criticized the results in the first couple of years, saying the track was shorter than it was. The organizers pointed out that the length was correctly measured. However, the difference was in the track’s elevation and the lack of woodland skiing and obstacles. They promised to redress the issue and ensure the track was up to international standards.

The race was held annually from 1935 until it was discontinued in 1940. It saw a revival in interest in 1955 and was an annual event until 2020, when it was canceled for the first time due to the coronavirus pandemic. For the first several decades, the racecourse was about 20 km (12 miles), and the start was close to Fossavatn Lake. The race start has since been moved from the original site, and the giant boulder now marks the halfway point in the 50 km (31 miles) race. 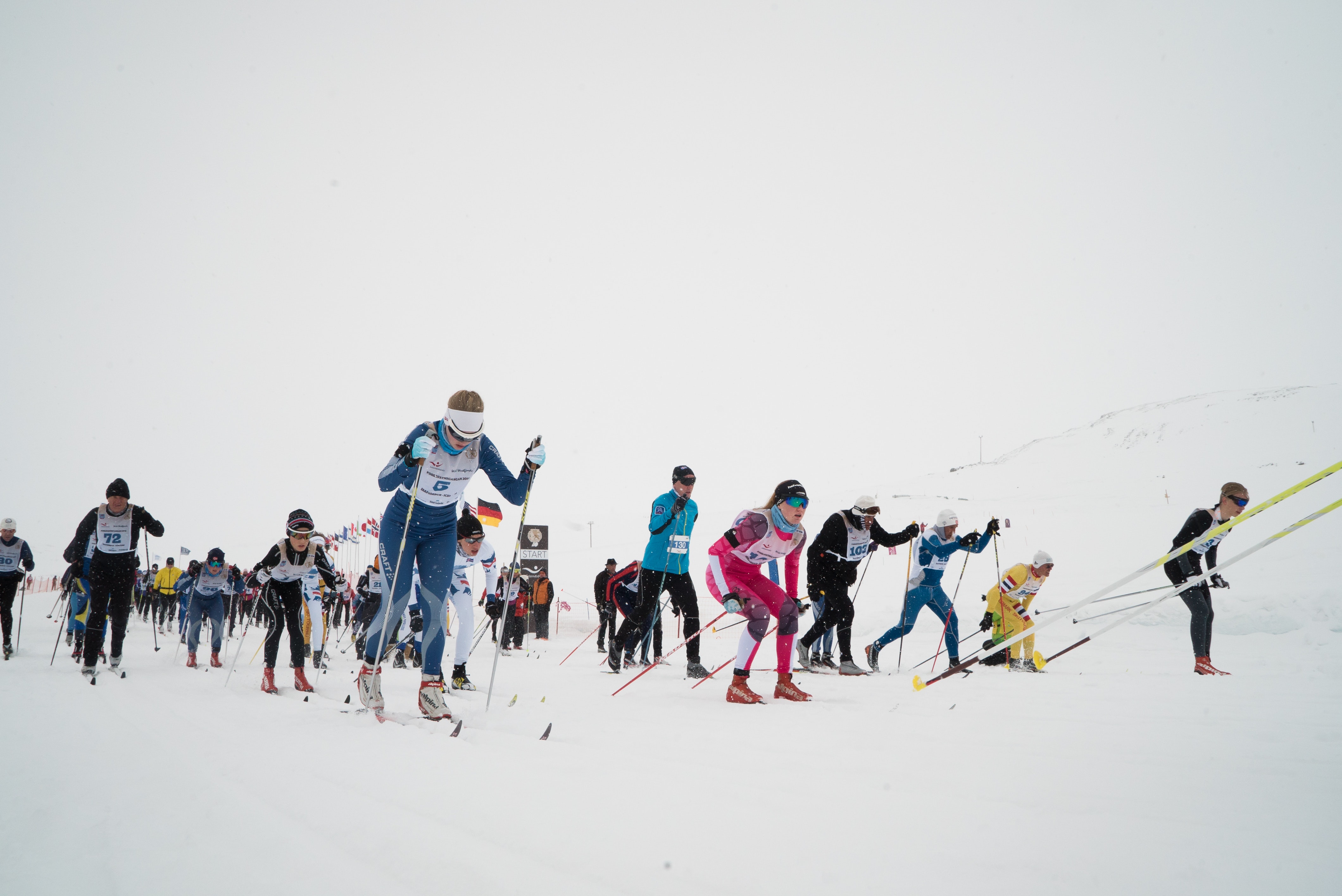 After a rocky start and unconvincing finish times, the Fossavatn Ski Marathon is now approved by the International Ski Federation (FIS) and is a member of the Global Worldloppet series. Not only are there more participants, more crowds, and easier access, the results are as official as they can get! The track still lacks a woodlands section, but then again, Iceland is not known for its trees.

For the past couple of years, the race has seen some internationally acclaimed competitors, including two-time Olympic winners Petter Northug and Justyna Kowalczyk-Tekieli. There are races ranging from a children’s 1 km (.6 mile) event to the 70km (43.5 miles) night race for the hard-core skiers. There is something for the whole family during the Fossavatn Ski Marathon. If you need the perfect cross ski festival to start your racing career, the small but historic Fossavatnsganga is a terrific choice in a stunning area.