Today we celebrate women worldwide and the tremendous—and hard-fought—impacts they have made in society, business, science, sports, arts, and politics.

In many ways, Icelandic women have been ahead of the curve with their strong voices for gender equality and establishing a culture of acceptance. Today, Icelandic women are international pioneers of empowerment in all sectors. These extraordinary women have shaped the history and culture of Iceland and have certainly inspired others.

We are proud that in 2021, Iceland ranked no. 1 on the World Economic Forum's Global Gender Gap Report for the 12th time in a row. One of the stepping stones in Iceland's gender equality history was women's suffrage. Interestingly, women had been allowed to vote in local elections since 1881. However, it took years of lobbying and petitions for the right to vote in national elections. (Being under Danish rule at the time likely did not help) They were granted those rights in 1915, but the law only applied to women over 40 until 1920! They also gained the ability to hold office. In 1922, Ingibjörg H. Bjarnason was the first woman elected to Icelandic Parliament. Remarkably, in 1980, on this island in the North Atlantic, the first democratically female president in the world was elected. Vigdís Finnbogadóttir became the fourth president of the Republic of Iceland.

Seemingly small steps are making a big difference. A more recent equality achievement includes a 2010 law requiring companies with more than 50 employees to have both women and men on company boards, a law passed in 2010. In 2018, Iceland became the first in the world to introduce legislation that requires companies and institutions with more than 25 employees to prove that they pay men and women equally for a job of equal value. It is safe to say that one of the main reasons this policy was enacted was that women were well represented in Iceland's parliament.

Today, on International Women's Day, we would like to take the opportunity to introduce you to five empowering women in Iceland.

"I certainly hope that people find inspiration in these stories and realize that Iceland doesn't have a patent on outstanding women." 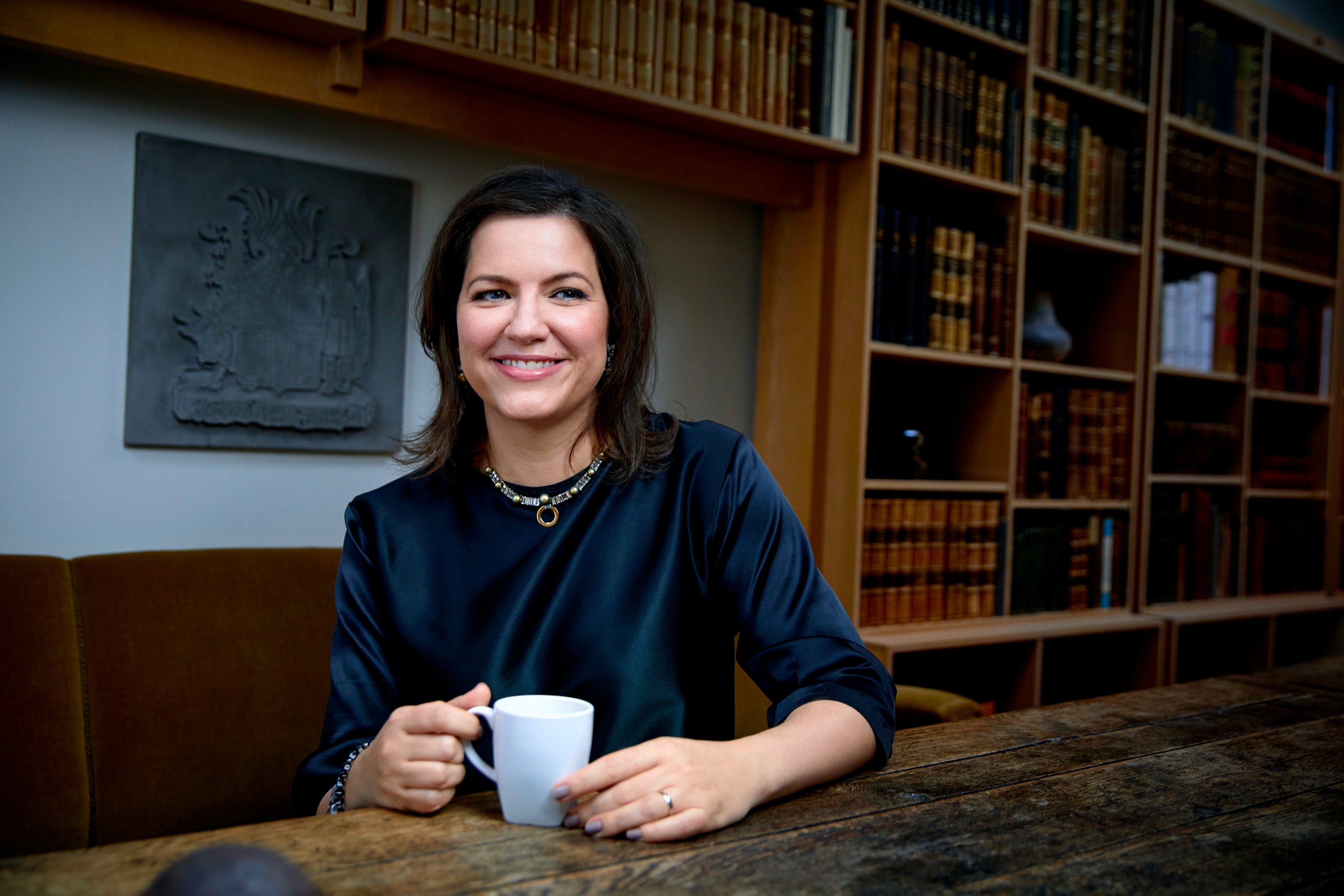 Eliza Reid is the First Lady of Iceland. She was born in Canada but has lived in Iceland since 2003. Reid has been a vocal champion of gender equality in Iceland and abroad. Reid has recently published a book called "Secrets of the Sprakkar: Iceland's Extraordinary Women and How They Are Changing the World." It is a diverse collection of interviews with Icelandic women who have blazed their own paths in Iceland. It might be described as inspirational stories from the forefront of Iceland's struggle for gender equality.

"I'm not a man, and I never have been, and my principle has always been not to try to act like a man." 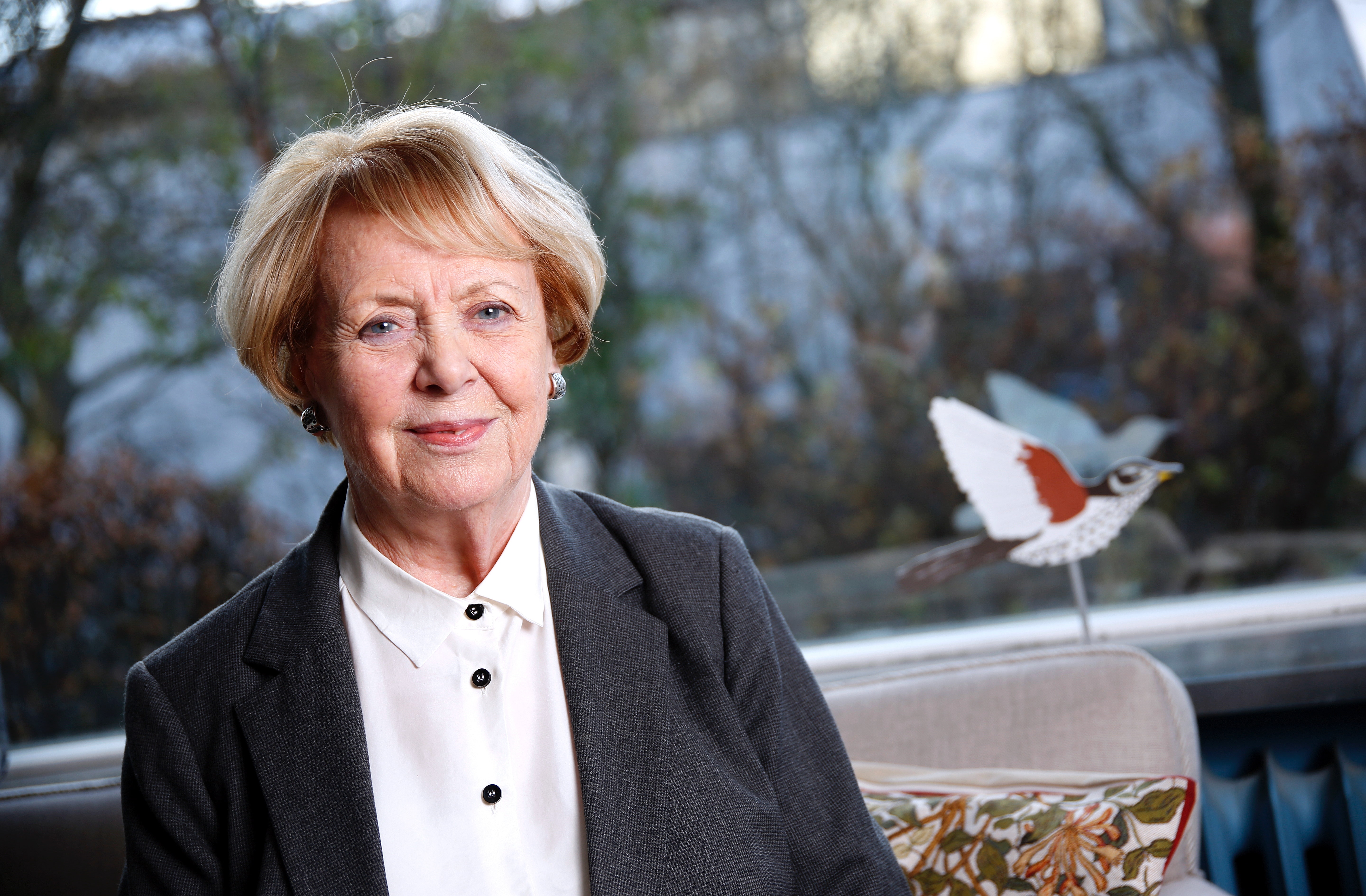 One of the most inspirational women from Iceland is Vigdís Finnbogadóttir, the world's first democratically elected female president (1980-1996). She became very popular and was reelected three times. Her presidency of 16 years makes Vigdís the second longest-serving elected female head of state of any country to date. She is an important role model for all Icelanders and remains active in public life.

"To the girls, to the women, to the mothers, to the daughters, who hear the music bubbling within, please speak up. We need to hear your voices."

Excerpt from Hildur's speech at the 2020 Academy Awards Ceremony. 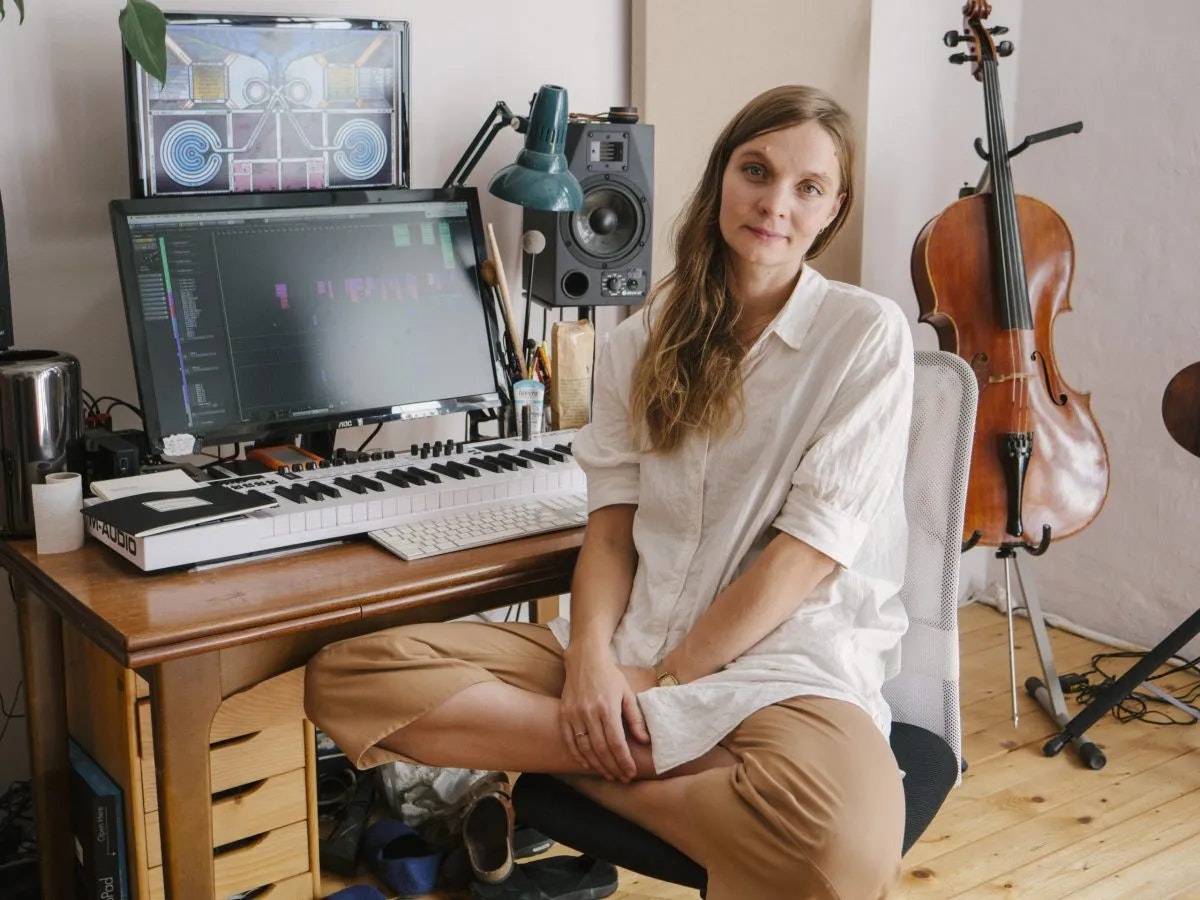 Composer Hildur Guðnadóttir is the first Icelandic Oscar winner. She has earned a unique place in the contemporary music scene thanks to her virtuosity, versatility, and originality. Although Hildur lives in Berlin, the Icelandic community and nature have significantly influenced her musical style. She has recently turned to a new medium and started composing for video games.

"During the hard times, it's important to focus on the things you can change in that moment, instead of what you should have or could have done differently." 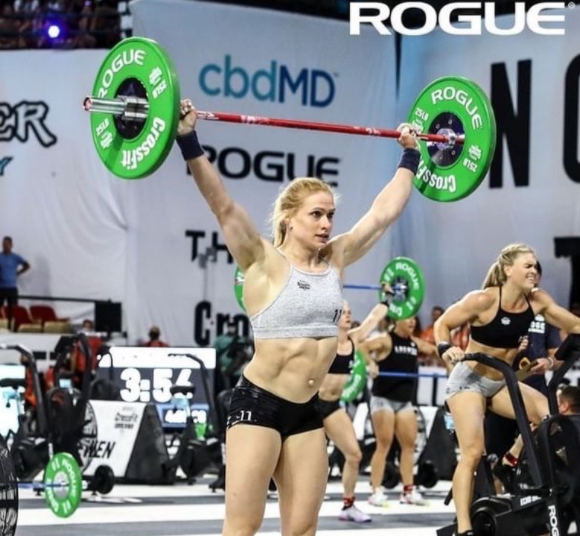 The Icelandic CrossFit Queen, Anníe Thorisdóttir, made history being the first woman to win the CrossFit Games (an annual athletic competition) twice: in 2011 and 2012! A remarkable feat of determination, training, and strength. After she gave birth to her daughter, Anníe spoke openly about her struggle with postpartum depression, sharing her very personal experience. Through her openness, Anníe has increased awareness of mental health and the real-life struggles of women in hopes that more women will be able to share.

"Each ton of CO₂ released into the atmosphere contributes to global warming. This fact must be emphasized whenever we make decisions—wherever we are. It is in our hands to end the climate crisis." 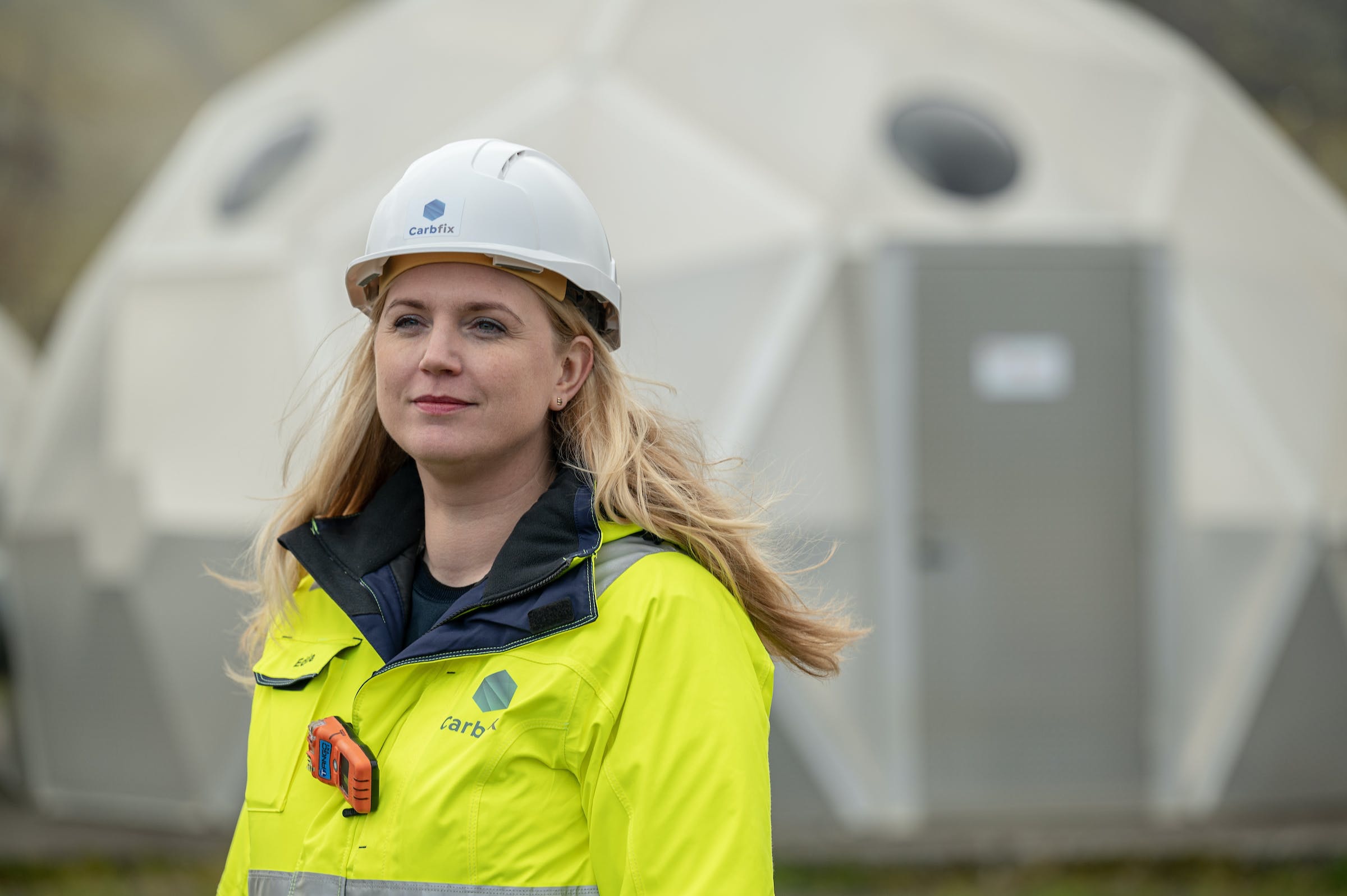 While plenty of people talk a lot about sustainability, Dr. Edda Sif Pind Aradóttir and the team at Carbfix are actually doing something about it. Edda is the CEO of Carbfix, a cleantech company turning CO₂ captured from emission sources, such as power plants, into minerals (stone) underground in less than two years through proprietary technology. While the process is still cutting edge, CO₂ mineralization will undoubtedly be part of the mix to help lessen global warming from CO₂ emissions.

In love with Icelandic nature, good coffee and books. When I'm not exploring waterfalls, I share Iceland's best kept secrets with you. Based in Reykjavik.