No, but seriously, we take our easter eggs seriously

No, but seriously, we take our easter eggs seriously

In Iceland, the chocolate egg came before the chicken

It‘s Easter in Iceland, which means supermarkets are stocking up on lamb, tulips, and just over 3 million Icelandic easter eggs. It‘s peculiar that Icelanders have such a strong affinity for Easter eggs, considering that the tradition wasn‘t adopted until the early 20th century. Our Easter traditions didn‘t include eggs at all, and the reason was quite simple—we didn‘t have any eggs! European countries can trace egg-related Easter traditions back to the middle ages and the emergence of chocolate eggs in the 19th century. In contrast, Iceland was late to the game, with the first written account of Easter eggs dating back to the First World War.

Sources show that imported chocolate eggs from Denmark first hit the market around 1918. Local bakeries began to make and sell chocolate eggs between 1920 and 1930. Around 1930, newly founded chocolate factories took over the production.  At that time, Iceland imported about half of all its food, including chicken eggs. So technically, we started domestic production of chocolate easter eggs before we even had chickens. In fact, the first chicken farm in Iceland was built in 1929, so we can safely assume that the chocolate egg did, in fact, come before the chicken in Iceland. 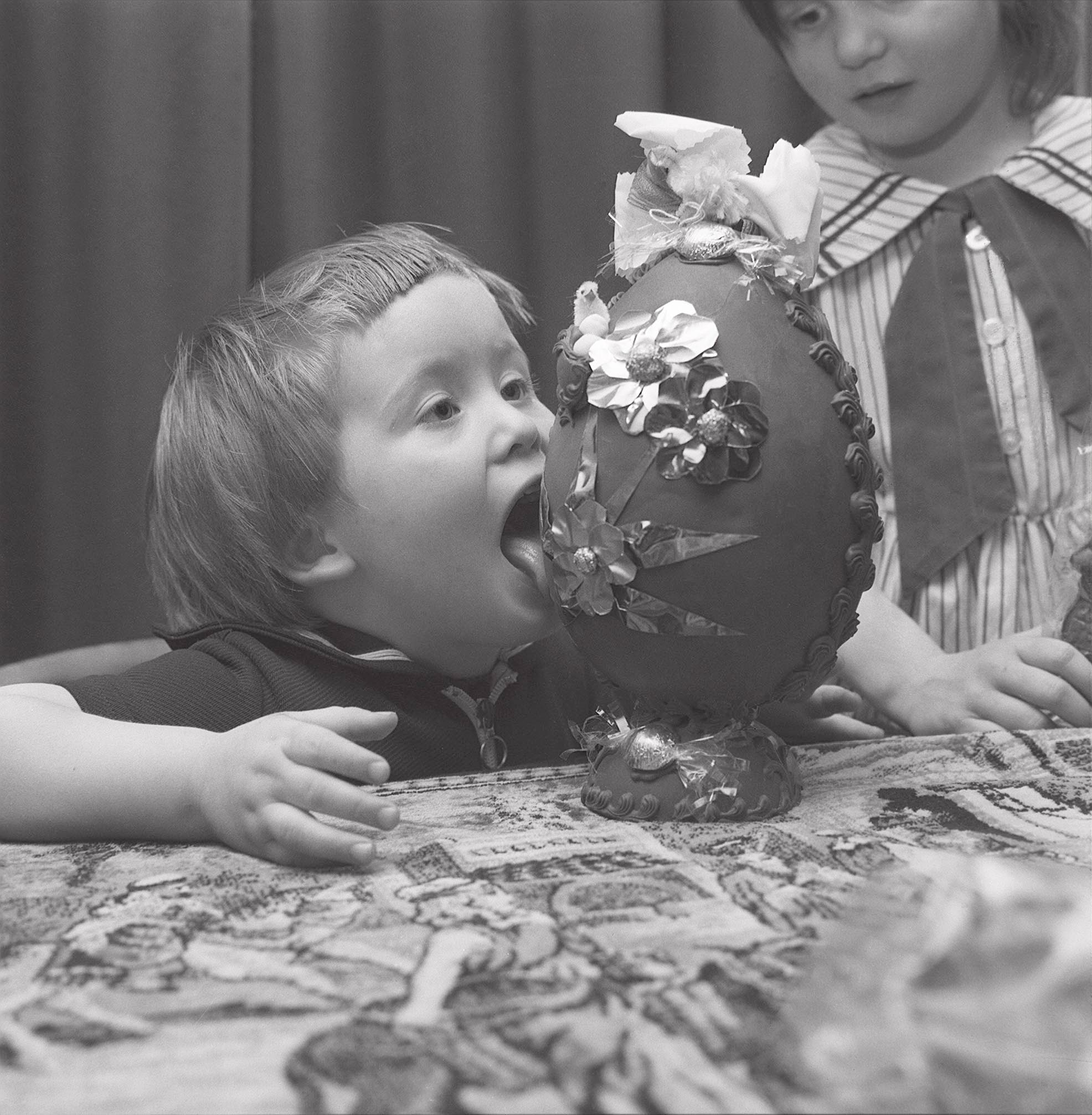 But what makes the Icelandic Easter egg so unique? You see, the traditional Icelandic Easter egg is the best of both worlds. After hopping on the Easter egg wagon so late and with no established traditions to hold us back, we had the creative freedom to do our own thing. In Scandinavia, people traditionally bought an empty decorated cardboard shell and filled it with their favorite sweets. In contrast, Central Europeans had a taste for huge, hollow chocolate eggs. We asked ourselves, why can‘t we have the best of both worlds at this critical moment? A true Icelandic Easter innovation was developed; a milk chocolate egg filled with candy! A further development arrived in the 1940s when we added old proverbs “málshættir” inside each egg.

The málshættir is now one of the most vital parts of the Easter egg tradition—especially for those who don’t like the candy. Families sit together, break their eggs open, find their tightly wrapped málshættir scroll, and take turns to read theirs out loud. Discussions often ensue about whether they are fitting. Naturally, the first question asked around the coffee machine after Easter break is, “Which málshættir did you get?” More recently, the málshættir has sparked controversy, with some egg producers expanding and updating their list of proverbs to include lyrics or famous quotes. Social media has been the ideal forum for angry consumers to complain about inadequate málshættir, with some even making front-page news. Traditionalists prefer the classics, many of which originate from Viking times and can be challenging to translate for modern egg eaters. Some examples of the Icelandic málshættir:

Many of the proverbs remind us of our cultural heritage and the connectedness of the Icelandic nation. It says a lot about how few we indeed are when the adage “A nation knows when three know” is still used today. Clearly, secrets travel fast when everyone seems to know everyone. Since settlement times (year ~874), Icelandic stanzas or poetry “vísur” have become part of our culture. You can never hear a good verse too often! We still celebrate skilled poets that can whip up and recite a good verse at some grand occasion—although they are usually libelous verses (the evening might end with a traditional Icelandic rap battle). The Icelandic parliament, Althingi, still celebrates this cultural heritage. Parliament members who want to address the room from the pulpit at its annual gala dinner can only do so in verse. 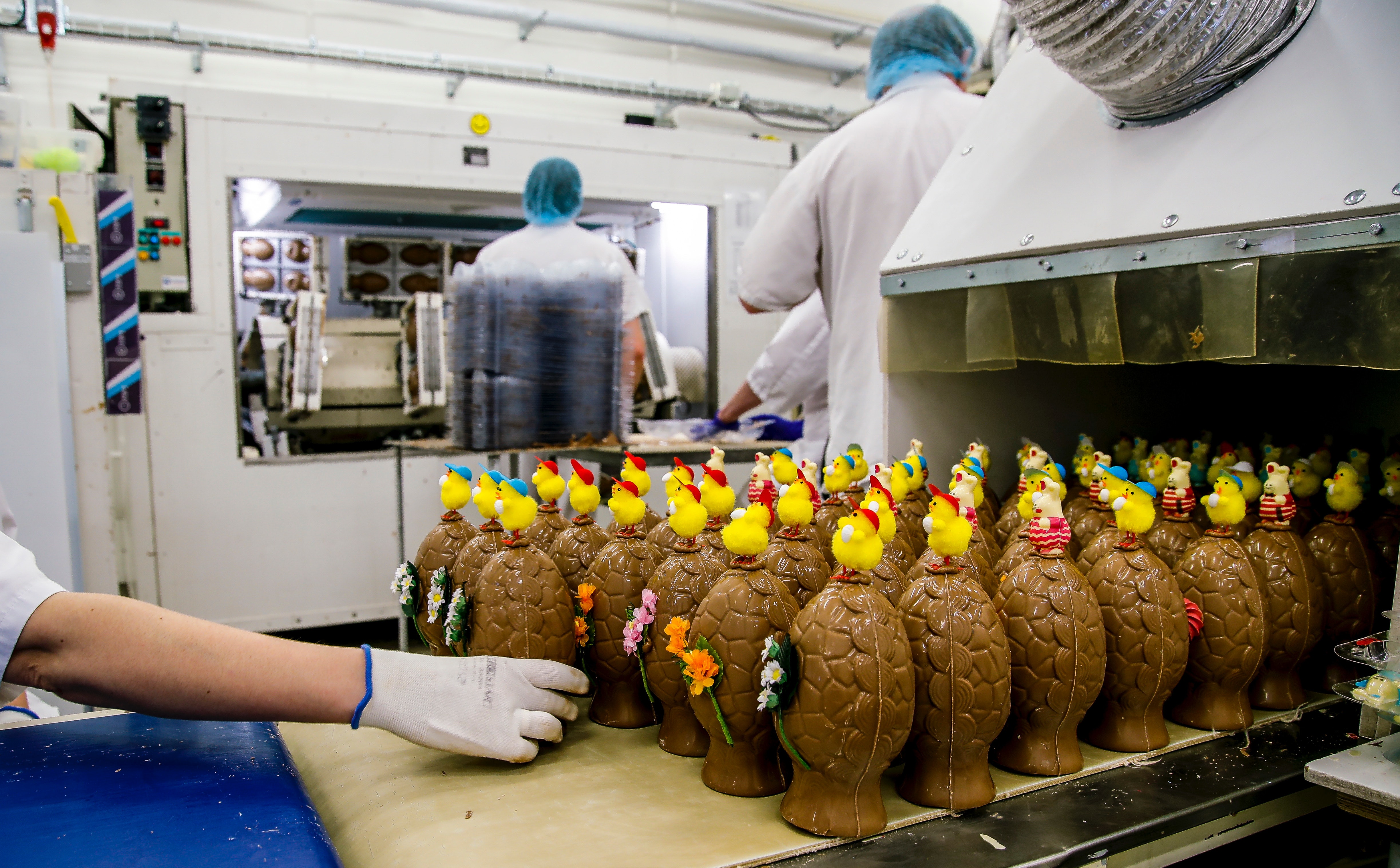 The market for Easter eggs in Iceland continues to expand. Today you can choose between 40 different eggs at your local supermarket or grab an artisan easter egg from specialty Icelandic confectioners. During the Easter holidays, Icelanders consume around two tons worth of chocolate eggs of various sizes. The average is just under seven eggs per person. For the past two years, producers have had enough eggs hitting the shelves, ensuring they don‘t spark a national crisis like in 2020 when the eggs sold out before Easter. Many disappointed Icelanders had to settle for the smallest egg on the market. You see, we take our easter eggs very seriously, maybe too seriously.