Ragnar Jónasson and Prime Minister Katrín Jakobsdóttir with Viðey Island in the background. The two are long-time friends and now co-authors of the new book, Reykjavík in which Viðey is a critical location. Photo: Baldur Kristjánsson via Ragnar Jónasson's Facebook page.

As if her schedule was not busy enough, Iceland's Prime Minister Katrín Jakobsdóttir published her debut novel in October.

Icelandic authors are well known for their output of Nordic Noir and thrillers. Iceland's stark landscapes, winter darkness, isolation, and harsh weather are all fertile inspiration for some of Iceland's leading writers, such as Arnaldur Indridason, Yrsa Sigurðardóttir, Lilja Sigurdardottir, Eva Björg Aegisdottir, Solveig Palsdottir, and Ragnar Jónasson. These authors have sold millions of books globally. It just so happens that Ragnar Jónasson is a long-time friend of Prime Minister Katrín Jakobsdóttir and was co-author of the book. Jónasson is the bestselling author of Dark Iceland and Hidden Iceland book series and the novel Snowblind.

While many politicians are quick to write books about their legacies or how to make a deal, fewer have written fiction in the thriller and mystery genres. Hilary Clinton and former Presidents Bill Clinton and Jimmy Carter have. Retired politician, Anne Holt of Norway, is better known for her detective novels, and the always quotable Winston Churchill wrote a thriller called Savrola in his 20s. So while you might not expect a country's prime minister to be a successful noir writer, that's epreciselywhat Katrín Jakobsdóttir is. Actually, for Icelanders, it is probably not much of a surprise. It is widely known that Katrín holds degrees in Icelandic literature and that her Master's thesis was on Icelandic crime novelist Arnaldur Indriðason. So while she leads the nation and deals with pressing issues by day, she pens crime thrillers to get away from the daily grind of politics. 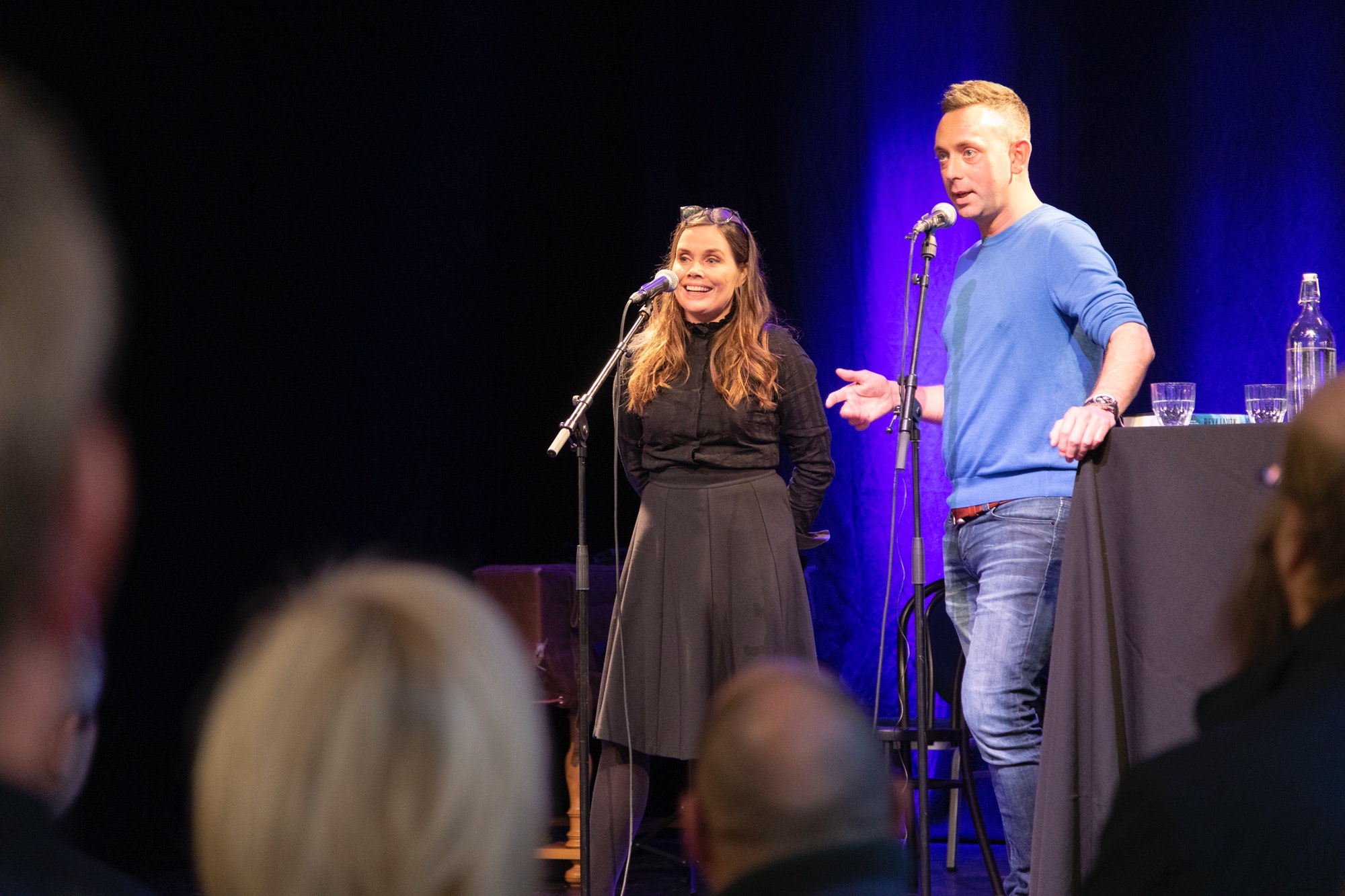 In a recent article in The Guardian, the Prime Minister states that writing with Ragnar came together during the pandemic. 'It's a therapeutic genre for me,' Jakobsdóttir states, having been a voracious reader of Agatha Christie novels starting at age eight! Inspired by Iceland contributing writer Eygló Svala Arnarsdóttir recently spoke with Ragnar for Icelandair's Blog about the collaboration saying, "The idea came up over lunch almost three years ago. I had suspected for a long time that she wanted to write a book—she's such an enthusiast—and every Icelander wants to write a book!"

Despite the trials of covid, Ragnar and Katrín found time to write during this time and published it in October 2022. Reykjavík is about a teenager named Lára Marteinsdóttir who disappears in 1956. For three decades, the mystery is unsolved until a new beat reporter decides to look further into the disappearance. Most of the book takes place in 1986, around the time of the Reykjavík Summit, when General Secretary of the Communist Party Mikhail Gorbachev and US President Ronald Regan met halfway in Iceland. The event was politically crucial for Iceland, and the world's first female President, Vigdís Finnbogadóttir, who presided over the summit. The mid-1980s was also a period of transitional growth for Iceland economically too.

Be patient! While Reykjavík is only in Icelandic currently. It is set for translation and to be on store shelves in the UK and US in August 2023.

Eat your way around Reykjavík.